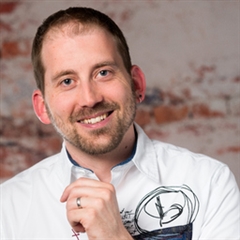 Hi, I’m Fabian Szalatnay, I was born in the late 70s in Switzerland, grew up in the Lake Constance area near the border to Germany and live now in the Zurich area. I’ve been working in the IT industry since 1999. My main field of activity is Client Management and Software Deployment. Products I used are CCM, iCommand, LiveState Delivery, Altiris, LANDesk and SCCM (ConfigMgr). I did Altiris consulting for several years, co-founded a company but am working now as a Freelancer in projects where it’s all about Windows 10 and ConfigMgr. Few years ago I found my new love: PowerShell. That’s what I wanted to write about now.

When I was a kid my father let me play with the “Osborne 1“. But he always told me to use the computer for work, not just for fun. And he was right. I am grateful for that. So, he gave me that orange BASIC book and showed me how to run CP/M from the left 5.25” floppy and how to save my work to the right 5.25” floppy. 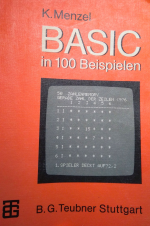 There were two cool games running on that thing as well: “Ladder” was a variation of the arcade classic “Donkey Kong” using only “letters” or alphabetic characters which represented the levels. Today there is a really cool Java port of the original “Ladder” available. The other game was “CatChum“, a variation of “Pac-Man“, again using the alphabetic characters like “C” and “A” to represent Pac-Man and the bad guys respectively. This was real fun at that time.

Later I got an old Toshiba and Compaq “kind of portable” computer to play with. They were running DOS 3.x on a 80286 16-bit CPU using 1MB of RAM. And there was even a graphical UI called GeoWorks Ensemble. Ok, the whole screen was orange or green but at least you could use a mouse! This was awesome.

When I came to the point where I had to choose my profession, there was no such apprenticeship like “Information Technology”. So I chose the “commercial” education way where you end up being a clerk at the office. And the time was just right, where the mass computer market started to grow (mid 90s).

In my first year I had to share my computer with my boss. In my second year I got my own computer to work with. There were computer shops popping up everywhere. The Pentium 90 was famous for doing wrong calculations and the first 3D accelerators showed up. At that time I bought my first “real” computer with my own money (and a little support of my dad). It was an AMD 486DX2 80MHz because Intel fu**d up the P-90. It had 16MB of RAM and 800MB disk space while most others only had 4MB RAM and 500MB disk space. I was really proud of that 🙂

Of course I started tweaking autoexec.bat and config.sys at the office like I did at home. But the IT department didn’t like that. Fortunately some of my modifications were reset every time you started the computer 🙂 Even at that time they had some kind of a network boot on mini terminals, so they ran Windows 3.11 from a network drive which was reset at every boot.

After the apprenticeship they kept me for another 6 month to be part of a project to introduce a new accounting system. At the same time I started a training course in IT (Support and MS Office) which led to my first job in a computer shop. The same guy who owned the school ran the shop as well. At that time I had to fulfill my Swiss military service as well.

Later in 1999 I had the possibility to get a supporter job in a company one of my friends worked for. Because of the “millennium bug” they hired me instantly to support the preparations and tests of the year 2000 change. As we all know now, it wasn’t such a big deal 🙂 So, thank you all 2-digit-programmers for helping me to start my IT career!

Next stop was in a company that built armored vehicles for the Swiss army. Now I had the chance to really get into Windows NT4 and Windows 2000. Since they used a lot of CAD workstations which needed re-staging with every bigger update, they decided to implement an osd/software delivery solution: ON Technology CCM. From that moment I was in charge of it. I made all software packages and evolved/refined the Windows 2000 and XP client.

After more than 5 years I felt ready to go into consulting. I knew the CCM product very well (which was later called iCommand and LiveState Delivery SLD because it was acquired by Symantec), so I felt confident to manage the product for different customers. This was in 2007. So I started to work for the company that used to be “ON Technology Switzerland“. But a few month later, Symantec gave the deathblow to CCM/SLD because they acquired “Altiris” as well. Therefore I had to quickly learn Altiris and move our customers from CCM/SLD to the new solution. This was a challenge because SLD was simply task based and customers were used to drag and drop packages on computers but Altiris was policy based like all the “big” solutions were.

After another 5 years I knew the Altiris product very well and thought I could do this business on my own and co-founded a Symantec consulting company. This was another challenge, being responsible for everything from sales to accounting. At that time I already noted that Symantec might slowly causing Altiris to die and Microsoft is growing market share with System Center Configuration Manager. In 2012 we had a look at SCCM and successfully passed the ConfigMgr 2012 MCP certification but we never deployed ConfigMgr with a customer. Finally we were 5 people working for that company but 3 years later I realized this doesn’t feel right, I want to be on my own. So I quit and sold my 50% stocks.

It was 2015 and I was looking for a job when I had the chance to participate in a Windows 10 migration project with a Swiss bank. They were looking for experts but not in software delivery. The goal was to use as many new Win10 technologies as possible but to skip any cloud thing 😉 All connecting systems like AntiVirus, Firewall, VPN, 2FA, GPO, USB security or 802.1x had to be re-evaluated and migrated. My part was AV, FW, VPN and USB.

This made clear to me that in IT it’s not about how you know product A or product B. It’s about the ability to quickly learn product A or product B and to know the industry‘s best practices. This way you can achieve anything. 15 month later we successfully concluded the project and migrated over 2000 clients to the second Windows 10 release 1511 after we re-built many parts of the IT infrastructure in a highly secure environment.

By the end of 2016 the time was just right to start the 2017 engagement with my current customer. It is a reinsurance company which was planning to implement SCCM and Windows 10. I took over the LANDesk packaging and management while SCCM was still in engineering. Then I created more than 100 packages for SCCM using my own PowerShell wrapper framework which allowed me to use the same package in LANDesk & SCCM. Furthermore I built another PowerShell framework which creates, distributes and deploys SCCM applications, changes some attributes, updates content and creates collections and queries. Additionally I implemented the PatchMyPC 3rd party patch publishing service.

So, here I am. Thrilled about what comes next.